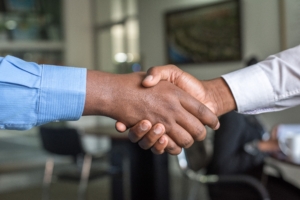 EFCI is looking for a Junior Communication Officer, to join its team as of mid-March 2023. If you would like to know more about the profile, what we offer and how to apply, please find below the job vacancy. Deadline for application is February 10.

On 28 June 2022, EFCI’s Assembly General appointed Lorenzo Mattioli as the new President of the EFCI. Lorenzo Mattioli is the President of ANIP-Confindustria, the Italian association of cleaning services companies and of Confindustria Servizi HCFS, and will lead the EFCI during the coming 2 years. Lorenzo Mattioli brings an experience of over 20 years in the facility services sector, as well as a commitment to social dialogue, the recognition of the service and its representation at political level.
Together with Lorenzo Mattioli, a new Board has been elected, in which Isabelle-Perru Poupon (FEP, France) will be Treasurer and which will include: Avril McCarthy (ICCA, Ireland), Patricia CHARRIER-IZEL (FEP, France), Pia Gramén (KITA, Finland), Juan Díez de los Ríos de San Juan (ASPEL, Spain), Yvan Fieremans (ABSU-UGBN, Belgium), Marcus Lindström (Almega, Sweden) and Thomas Dietrich (BIV, Germany).

In addition, the EFCI published a summary video featuring the main outcomes and findings of SK-Clean. The video is available online in English with subtitles in EN, FR, DE, IT and ES.

All reports and videos are available at www.efci.eu/sk-clean/

On 9 March 2022, together with partner sectoral employers organisations, we publish an article presenting our common views on the Commission’s proposal for a Directive on pay transparency in Europe.  We state that the proposed measures do not address the root causes of the gender pay gap, that and exception is necessary for SMEs and propose effective measures to tackle the problem.

We are presenting our “Industry Report 2021 – COVID-19 impact analyisis”. This year’s edition provides relevant insights on turnover, number of companies and employees and includes a qualitative analysis of the impact of Covid-19 on the industry during 2020.

On 5 May 2021, the EFCI together with other 9 European sectoral employer’s associations published a joint statement presenting our views on the Commission’s proposal for a Directive on minimum wages in Europe.  The signatoires agree that the chosen legal basis is problematic and could lead to competence conflict in the context of setting minimum wages, disrupting the key role and independence of Social Partners and the autonomy of Member States.

The EFCI is the recognised European Social Partner for the Cleaning Industry.

A guide for private and public organisations awarding contracts for cleaning services.

Presents and analyses the latest sector data available by August 2021.

Dedicated webpage on the EFCI and its Members’ activites during the pandemic.